On 11th of January 2018, Tohatsu Marine Corporation (hereunder called as TMC) - Tohatsu Corporation's manufacturing plant in Japan - reached the cumulative production of 4 million units of outboard motors. "It is a great honor to be able to celebrate this moment of such an achievement with you. For all that, we thank every single one of you." said
by Toshihiro Kudo, President of TMC.

The year of 2017 was a new start for Tohatsu. It was the first year of Tohatsu rebranding done in Japan for worldwide markets. Tohatsu Corporation has set a new company logo/"Tohatsu Blue Wings", a new tagline/"Feel the Wind™".

The new era of Tohatsu has begun. "We promise to keep designing and developing simple yet reliable and high quality engines with our technology philosophy/"Simpliq™ Technology", to spare nothing less to support our customers with
our team philosophy "Backs You Up", and to deliver a smarter and more exciting boating experience for you to "Feel
the Wind™".", stated Kuniharu Maki, General Manager of Marine Sales Department Tohatsu Corporation . 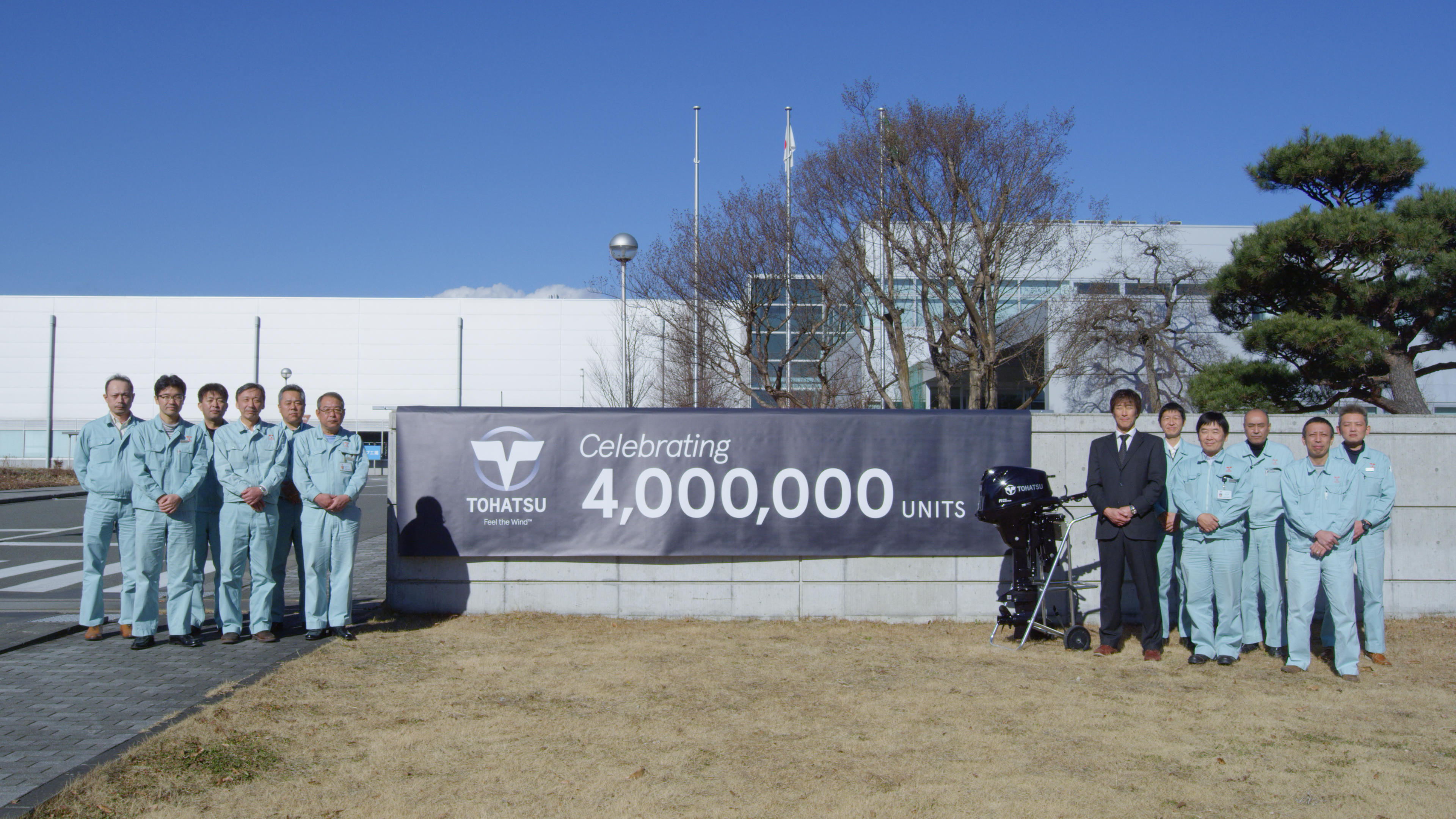